Every designer should know about these interface elements

UI elements are responsible for interactions between the user and the application. They are what allows for effective user navigation and input/output data, to name but just two core functionalities.

As a UI designer (or web developer) it’s crucial to have a deep understanding of UI elements and how users interact with them. It will help you to create a better application/website structure.

In this article, we will be exploring some of the common user interface elements and UI terminologies that all designers should have a good grasp on.

There are some common UI elements & terminologies that are used across different platforms while designing interfaces. The three most important UI elements include:

We will discuss each of these elements in detail later on in this article. As for the terminologies, we can divide them into 2 main segments.

The importance of understanding of UI elements

Let’s say we receive a requirement of presenting the user with six options to choose from. For their preferred countries to work. Many UI elements can serve the purpose:

So, what would you pick? Is there anything else that offers more value? Can you use your custom-designed radio buttons?

To resolve these questions, you require a proper understanding of various UI elements.

Ideally, we can group UI elements into 3 major categories.

Input elements are responsible for handling different user inputs. Sometimes they’re also part of the input validation process. Some of the most used input elements include: 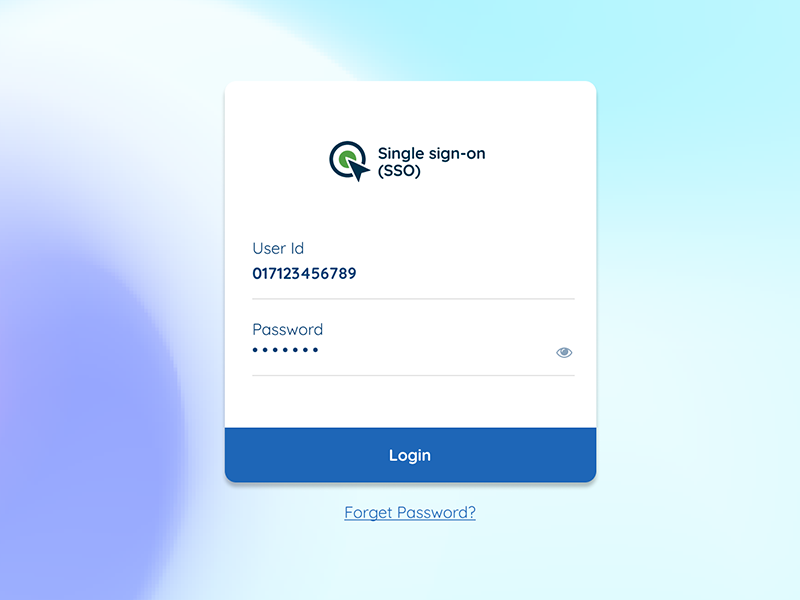 Output elements are responsible for showing results against various user inputs. They also show alerts, warnings, success, and error messages to the users. Output elements aren’t neutral by nature. They rely on inputs and various operations.

All other elements fall into this category. The most widely-used helper elements include:

We can also group helper elements into 3 categories.

Responsible for UI navigation. Navigational helper elements include things like navigation menus, list of links, and breadcrumbs, to name but a few.

Responsible for representing information. These include, for example, tooltips, icons, and progress bars.

Responsible for holding various components together. Widgets, containers, and sidebars for part of this category. The Newsletter subscription widget of UXPin blog is also a good example of a container. 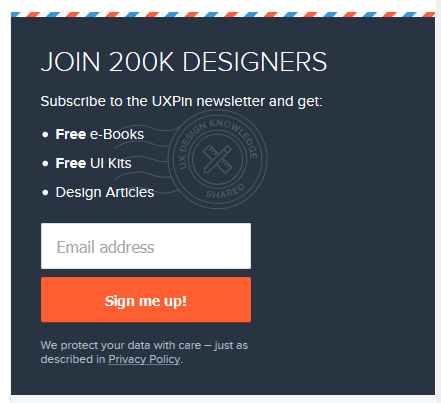 Checkboxes allow the user to select one or more options from an option set. It is best practice to display checkboxes vertically. Multi-columns are also acceptable considering the available space and other factors.

Dropdowns allow users to select one item at a time from a long list of options. They are more compact than radio buttons. They also allow you to save space. For better UX, it’s necessary to add a label and a helper text as a placeholder. I.e. “Select One, Choose, etc.” 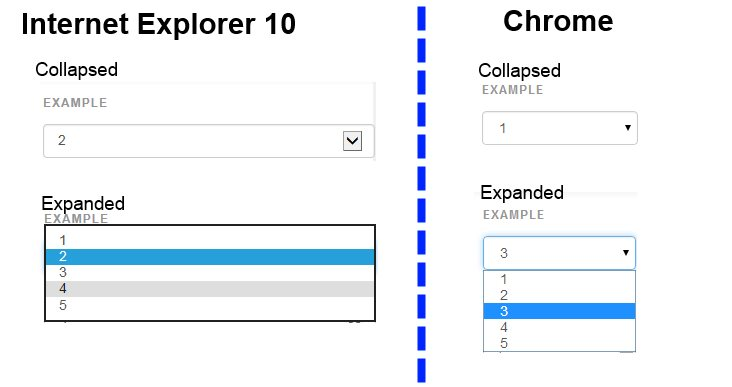 Combo boxes allow users to either type a custom value directly or select a value from the list. It is a combination of a drop-down list or list box and a single-line input field. 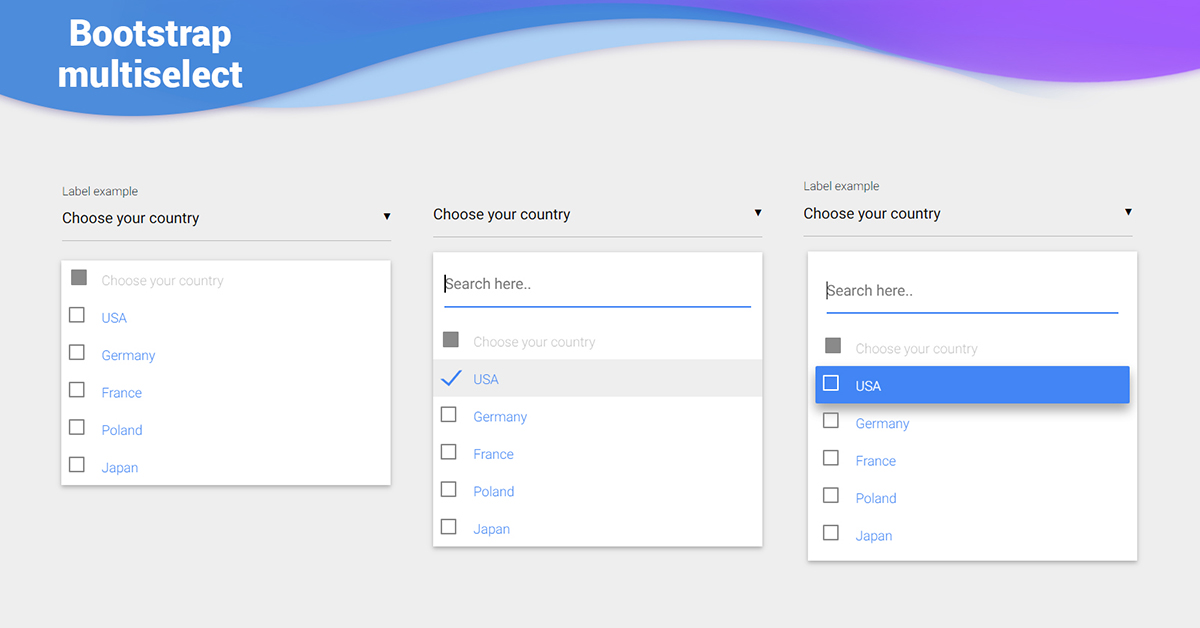 Buttons allow the users to perform an action with touch or click. It is typically labelled with text, icon, or both. Buttons are one of the most important parts of a UI. So it’s important to design a button that the user will actually click.

Toggles allow the user to change a view/value/setting between two states. They are useful for toggle between on and off state or switching between list view and grid view. 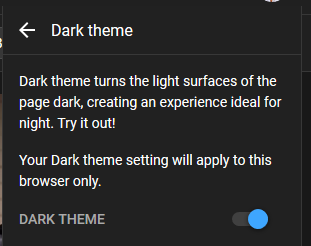 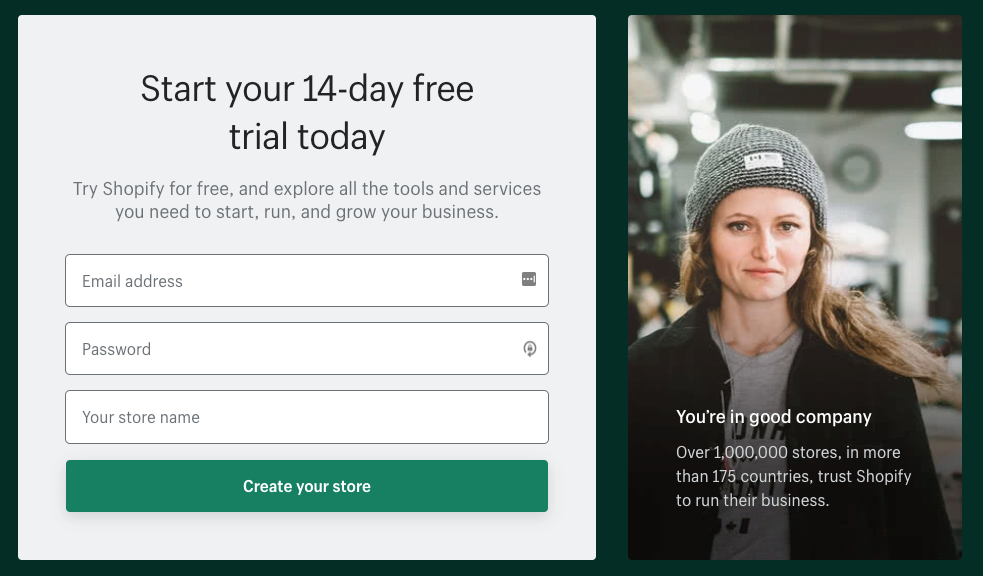 A date picker allows users to pick a date and/or time. By using a native date picker from the platform, a consistent date value is submitted to the system. 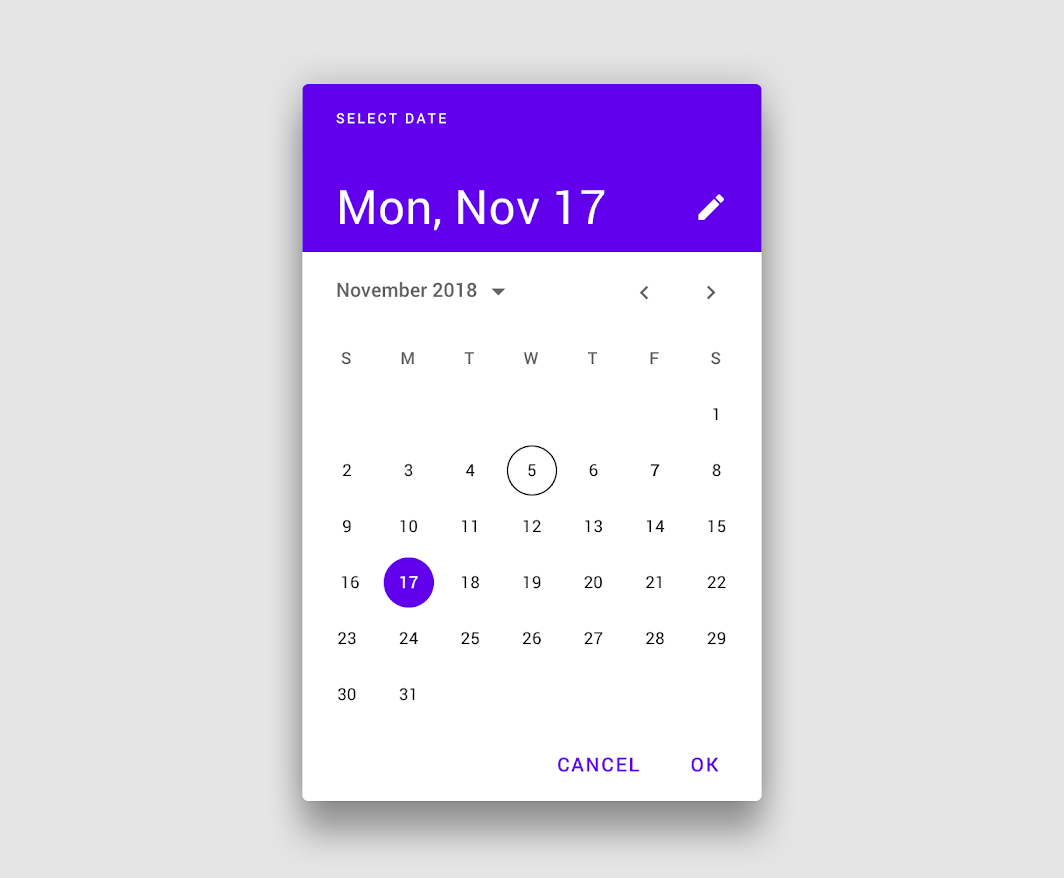 Radio buttons allow users to select only one of a predefined set of mutually exclusive options. A general use case of radio buttons is selecting the gender option in sign-up forms.

An alert presents a short, important message that attracts the user’s attention. It notifies users about these statuses and outputs.

This refers to a UI feature where an event (user input, server response, calculation etc.) triggers a small text box to appear on the screen. Ideally, it appears at the bottom on mobile and bottom left or right side on the desktop.

The difference between “Alert” & “Toast” is that the former doesn’t dismiss itself and the latter does after a certain time.

This feature generates a small badge to the top-right of its child(ren). In general, it represents a small counter or indicator. This can be something like the number of items over the cart icon or online indicator over a user avatar.

The type of chart used in UI depends primarily on two things: the data we want to communicate, and what we want to convey about that data 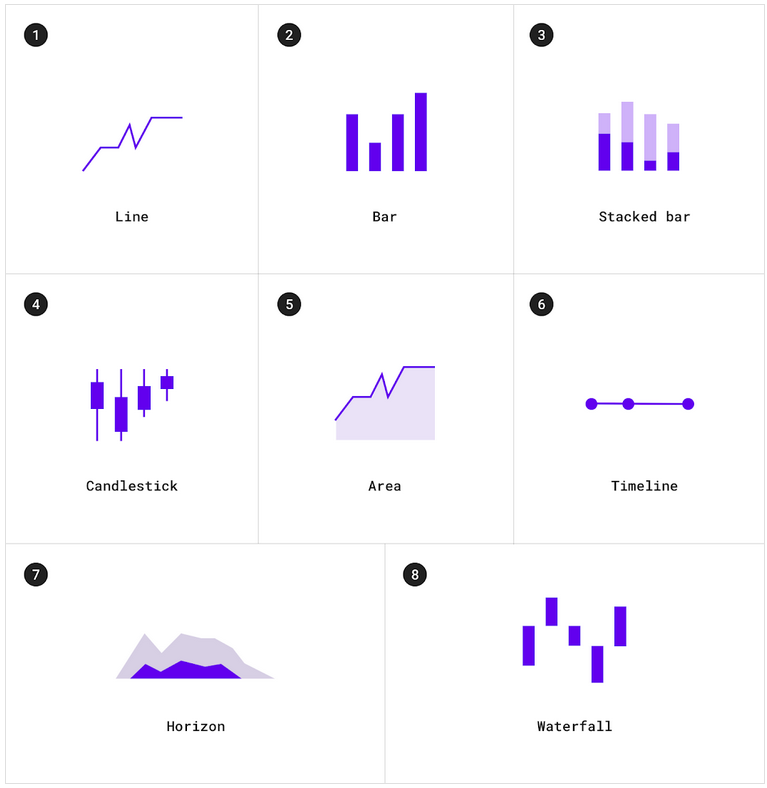 This is a UI element with several values that the user can select. They are taken to another area of the website/app from there. 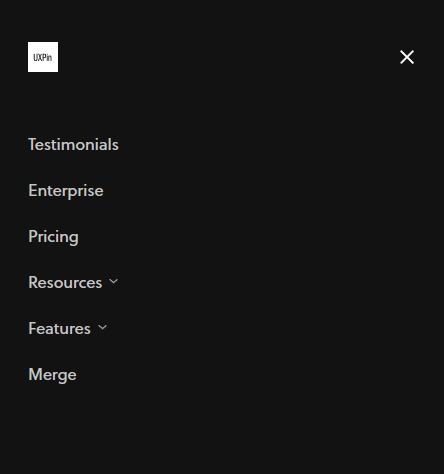 As the name suggests, a list of links consists of links. Sidebar with a category list is a good example of this. Links can be both internal and external. 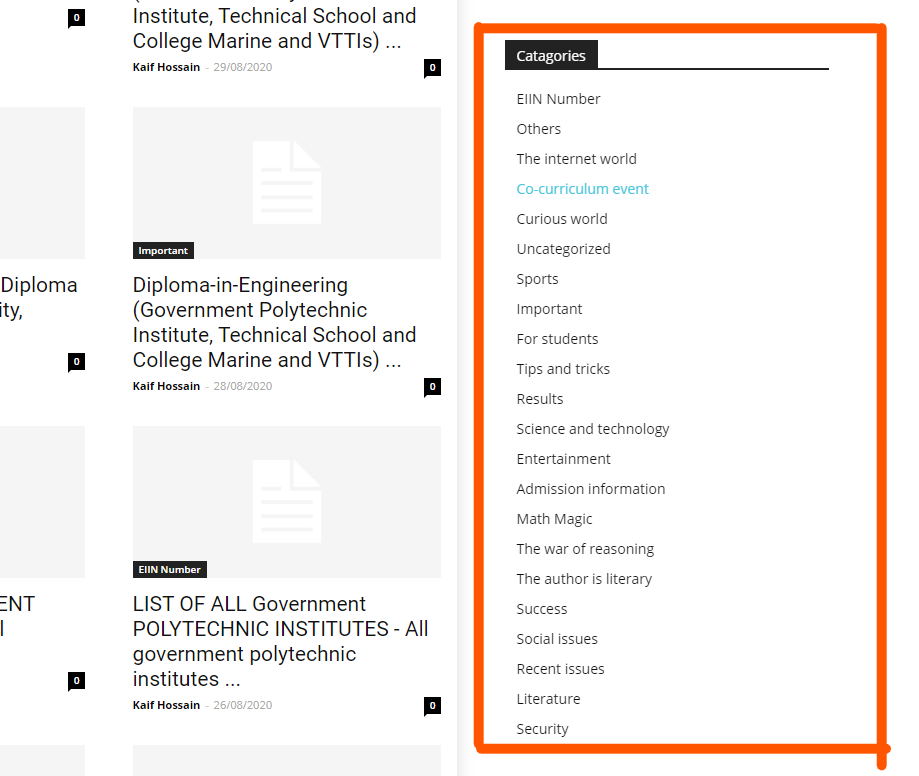 Breadcrumbs allow users to see their current location within the system. It provides a clickable trail of proceeding pages to navigate with.

A search bar is usually made up of two UI elements: an input field and a button. It allows users to enter a keyword and submit it to the system expecting the most relevant results.

This feature divides the content between pages and allows users to navigate between them.

A tooltip shows users hints when they hover over an element indicating the name or purpose of the item.

It’s a simplified symbol that is used to help users to navigate the system, presenting the information and indicating statutes. 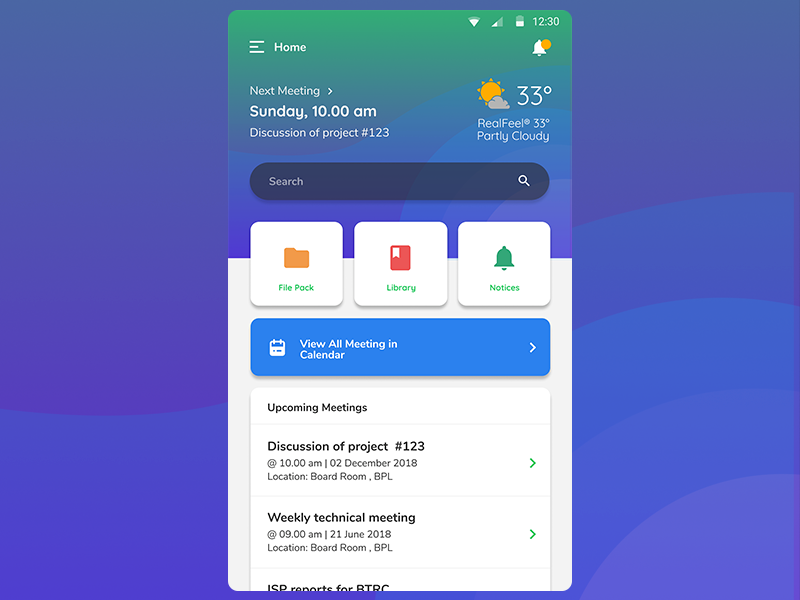 It is an update indicator that announces something new for the user to check. Typically shows completion of a task, new items to check etc. 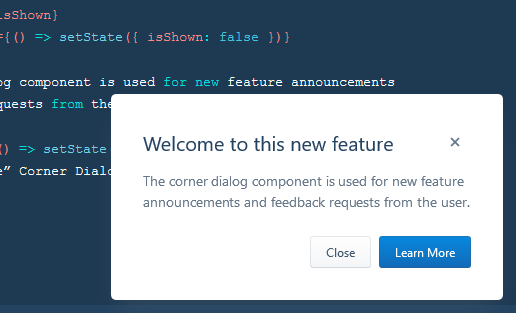 It’s used to show content on top of an overlay. It blocks any interaction with the page — until the overlay is clicked, or a close action is triggered. 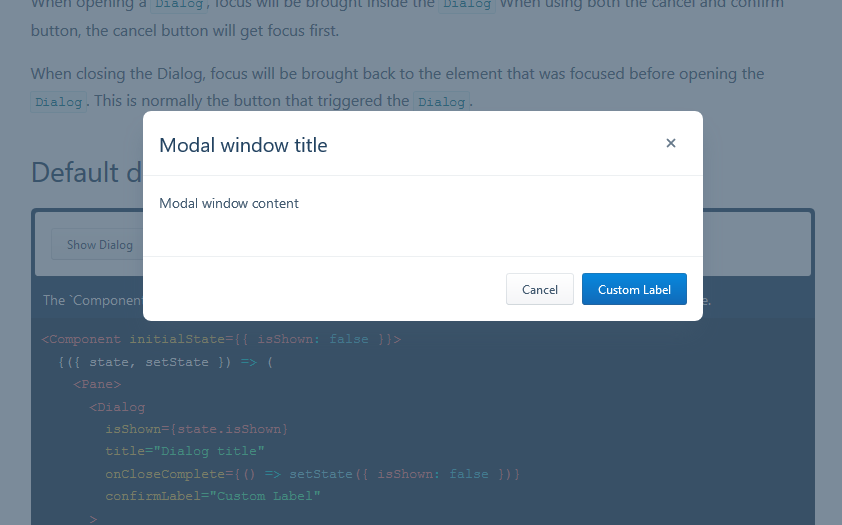 It’s an element of interaction, like a chat window, components of a dashboard, or embeds of other services. 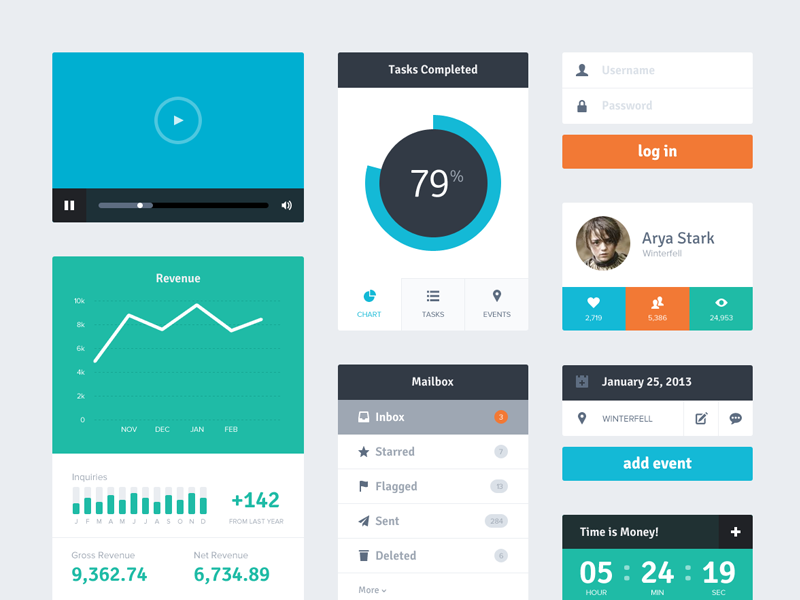 containers hold different components together. This includes text, images, rich media etc. Cards in modern UI design are one of the best examples of containers. 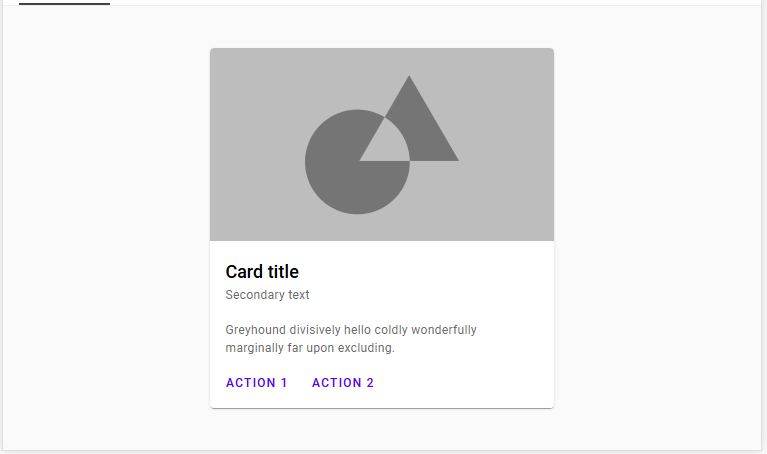 Sidebars also contain other groups of elements and components. But that can be switched between collapse and visible state. 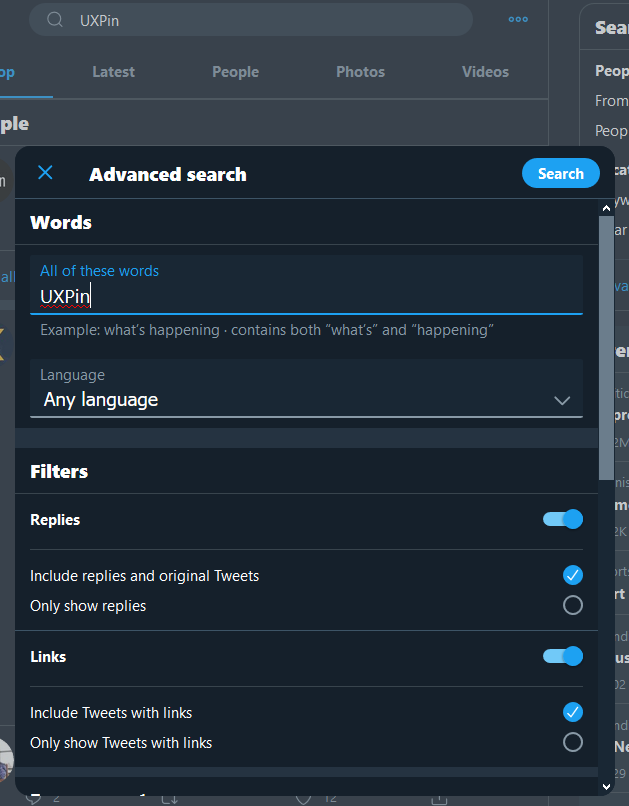 In this article, we’ve covered the importance of understanding UI elements and how users interact with them. From input to output and helper elements, we’ve discussed all the terminology you need to grasp as a developer to design and keep your UI elements organized and working efficiently.

Now that you understand what common UI elements are and how they work, it’s time to put your new knowledge to practice. UXPin offers all the features you need to design and organize your UI elements, simplifying the process of designing and prototyping with powerful features!

Get started now. You don’t even need a credit card number to explore UXPin’s powerful features.

This article was initially written for Studio by UXPin as a ghostwriting contract. All copyrights: UXPin Studio