How to install Chocolatey and manage software with it

Chocolatey is a free, open-source package manager for Windows that can be considered a replacement for the Windows Store.

It is a machine-level, command-line package manager and installer for Windows software. It uses the NuGet packaging infrastructure and Windows PowerShell to simplify downloading and installing software.

If you ever used apt-get or yum, Chocolatey will be very familiar to you. There are both Free and Pro editions of Chocolatey. But for most home users, the free version will be enough. In this article, I will talk mostly about the personal use case for chocolatey rather than the enterprise use case. We will explore details about how to install Chocolatey and manage software with it on Windows 8.1, Windows 10, and Windows 11

Wait! ELI5 What is a package manager?

For those who don’t know what ELI5 is, ELI5 is short for “Explain Like I’m 5”. ELI5 is a simple way to explain a concept to a person who is not very familiar with the concept. (Like explaining something to a five years old child).

Let’s say you just installed Windows on your PC or Laptop. Now you want to install some software. I.e., Chrome, Firefox, Dropbox, Vscode, Git, etc. How can you do that?

Ya sure, you can go to the Windows Store and search for the software, or you can visit each of the softwares’ websites, download the installer, run it and click a bunch of buttons to install them successfully. But there is a better way. First, you need to install Chocolatey. Then you can just open up CMD.exe or Windows Terminal as Administrator and type the following command:

Sounds like magic? It is kinda. It is actually Chocolatey that is doing all the heavy lifting for you. Want to know how to install Chocolatey and manage software with it? Let’s go!

How to install chocolatey

Chocolatey requires very minimal effort to be installed. System requirements are as follows: 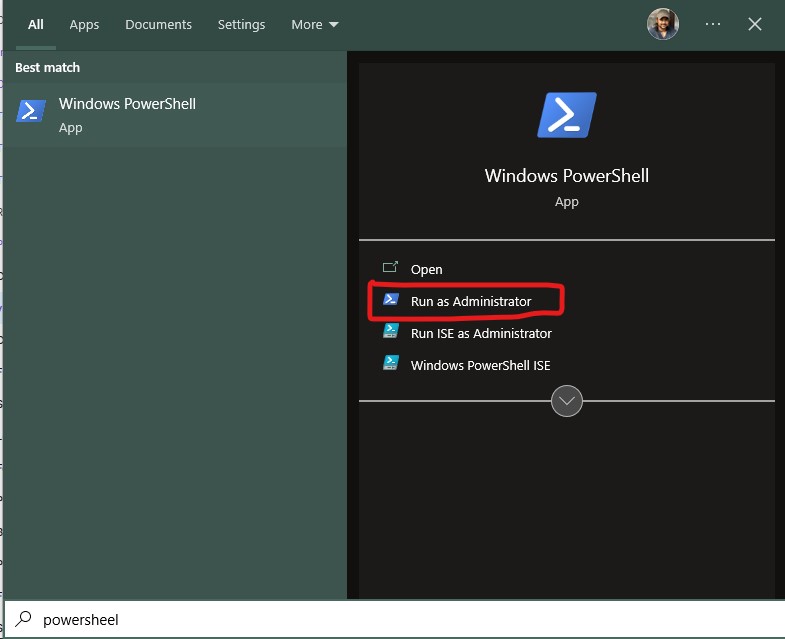 Note: You can install via CMD as well, following the same steps. But for CMD, run this command instead.

Running on a non-windows system

Via Docker: There are Docker images available on Docker Hub.

There are some feature limitations on the non-windows systems. Such as the package PowerShell scripts, automatic uninstallers, and alternate installation sources. These will likely never work as they work with Windows-specific components.

To install multiple software or packages at once, run this command. Replace the package names as you like. Note that the -y flag will auto-accept all the prompts for you.

To check which software packages are outdated run: 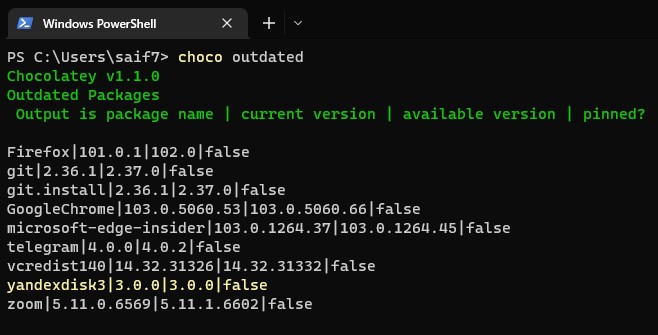 Install a custom version of a specific software

If you want you can install a specific version of a package rather than the latest version. To do this run the following command. You can specify the version through the --version flag.

You can upgrade all installed chocolatey packages to the latest version with just one command.

Similar to installing packages, you can uninstall specific packages or multiple packages with simple commands.

To uninstall a specific package run this command. (Remember to replace firefox with your desired package name)

To bulk uninstall packages, append package names with space. (Again, remember to replace the package names as per your requirements)

Clean left-overs and caches of Chocolatey

Although choco takes care of caches on its own. You can also force clean caches and garbage. To do this, we are going to use a third-party package “choco-cleaner”. First, install choco cleaner by running the following command.

Then run choco-cleaner in CMD or Powershell. The result will be something like this. 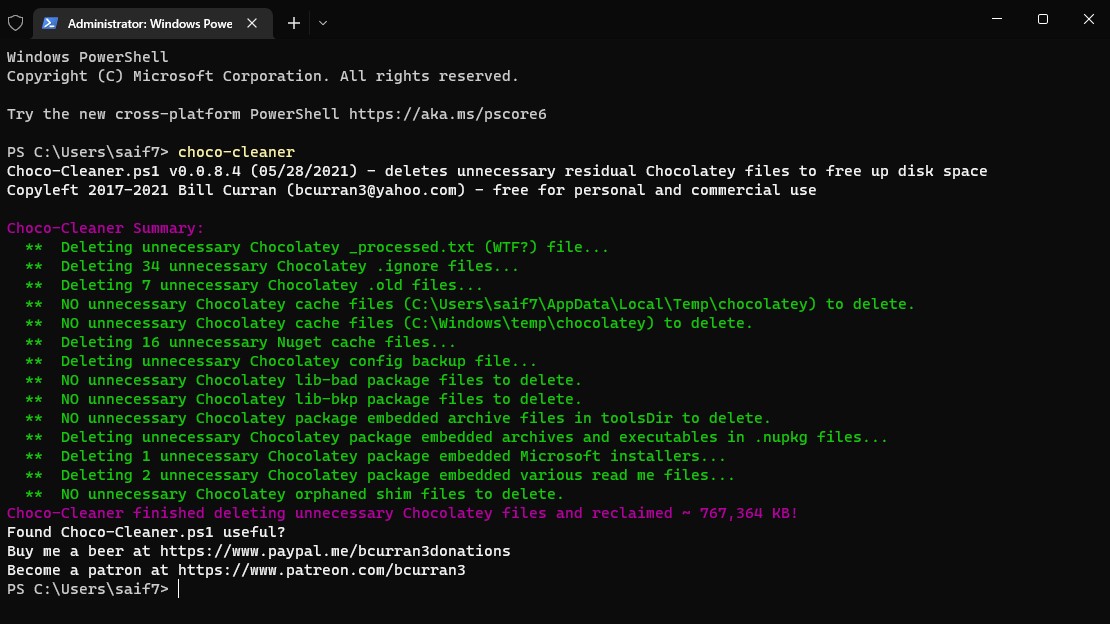 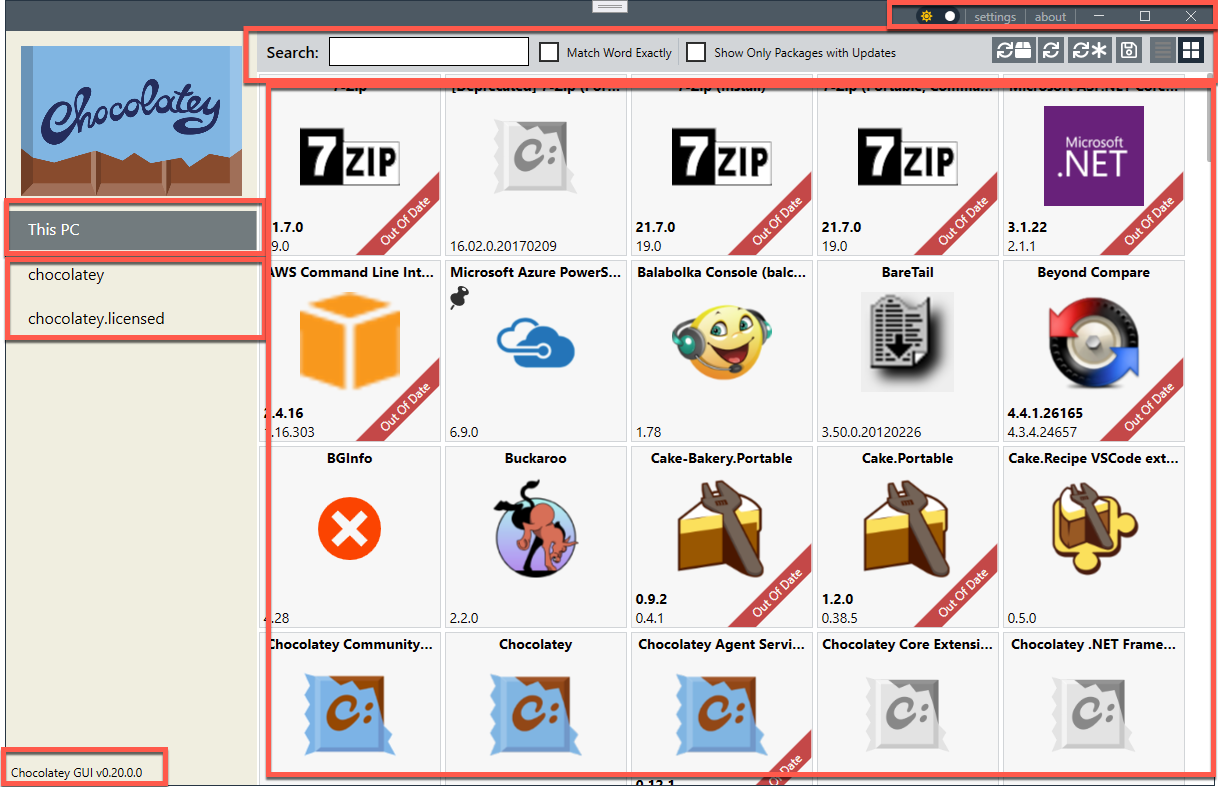 If you’re onto that, Chocolatey also has a wonderful GUI (graphical user interface). You can run some basic operations of choco such as update, install, uninstall and view the list of packages.

You can then launch choco GUI from the Windows start menu.

You can easily create a backup of the currently installed packages via chocolatey. Later you can use that file to install all the packages to a new PC. You just need to transfer the backup file to a new pc and run a simple command. All packages of the previous PC with optionally specific versions will be installed immediately. Let’s explore it step by step.

It will generate a .config file in your document folder. Store the file in a safe place for later use.

You can tweak different backup settings too. Go to your documents folder and open “choco-package-list-backup.config” in a text editor such as VSCode. Here are the default options and explanation of what they do.